Adhocism: The Case for Improvisation

By Charles Jencks and Nathan Silver 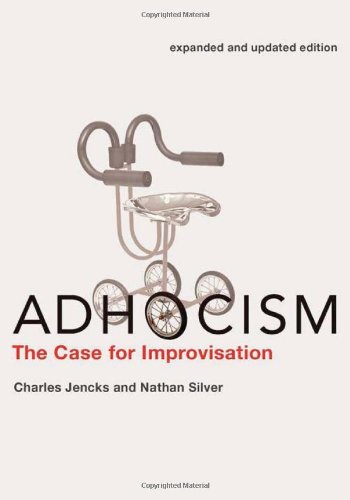 A book about improvisation and design.

Adhocism describes a design method as “subversive as it was sustainable” when first published; a cult classic “manifesto” for an ad hoc generation, serving as an early DIY guide to DIY culture.

At the core of this method is the generation of “everyday improvisations”. One great, introductory example describes how the Mars Curiosity rover exemplifies ad hoc design methods: legibility; dissectibility; creativity.

It seems rather odd and iconoclastic, described by one reviewer as a “…resolutely libertarian and pluralistic, resolutely anti-deterministic, anti-behavioristic, anti-elitist, anti-mechanistic…serious and offbeat and difficult book…” In other words, just the sort an antilibrarian can get behind!