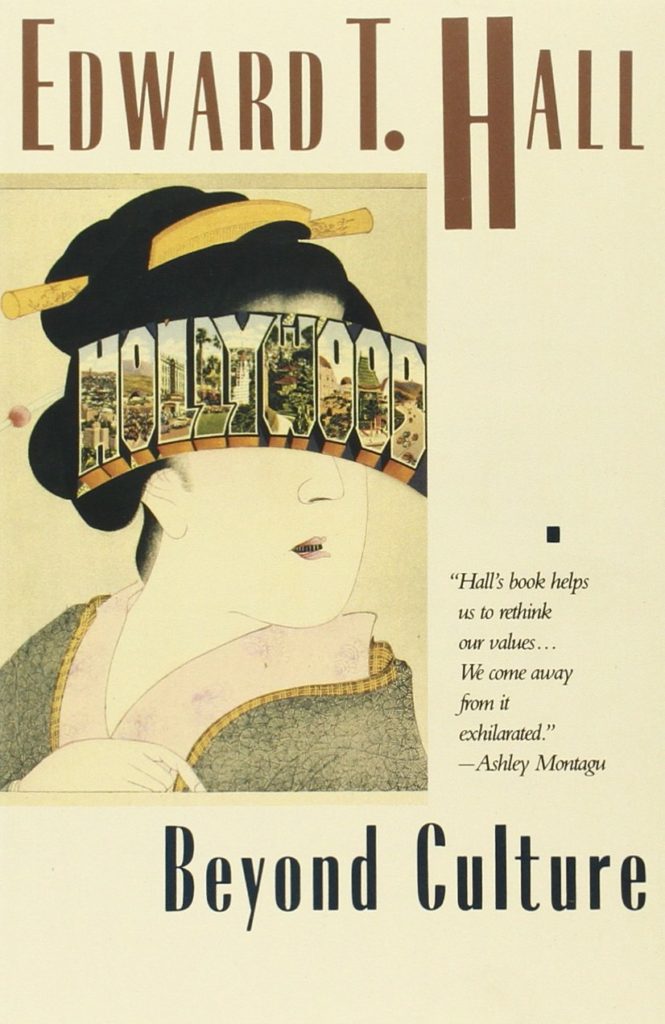 I read Hall’s The Hidden Dimension and really enjoyed it. That book is all about a field Hall invented called “proxemics”, which refers to the latent dynamics of space and distance that dictate many elements of human interactions and vary dramatically between cultures.

This book actually sounds a bit more general and wider in scope than The Hidden Dimension. In this book, Hall “opens up new dimensions of understanding and perception of human experience by helping us rethink our values in constructive ways”—apparently in large part by discussing how context influences human behavior.

Hall claims at the start of the introduction that there are two related crises facing the world: the first, environmental; the second, a subtle crisis of “humankind’s relationships to its extensions, institutions, ideas [and] relationships among the many individuals and groups that inhabit the globe.” And for this latter problem, power and culture wield great influence. Here he refers to the importance of “unconscious culture”—and he even says that there are “multiple hidden dimensions” of this unconscious culture!

He differentiates between high-context and low-context situations, where “higher context” means communication relying less on the verbal and more on shared cultural context. He also talks about “action chains”: sequences of events in which people participate as they communicate. Apparently—as in The Hidden Dimension—there’s a lot of variation across cultures with all this stuff! In fact, this book seems to be a cornerstone of cross-cultural communications; I read in one review that Hall has advised politicians and diplomats, and I’m not surprised a bit.

One of the things I like about Hall’s writing is its clarity; he talks about big ideas like space and culture and communication, but it’s never jargon-laden. In this book it seems he really gets at some deep issues of being human and relating to other people—from variance in how responsibility is distributed, cultural awareness, even the problems of our education systems and bureaucracies. It’s coming up on 40 years old, but still seems quite relevant.