Black Mountain: An Exploration in Community 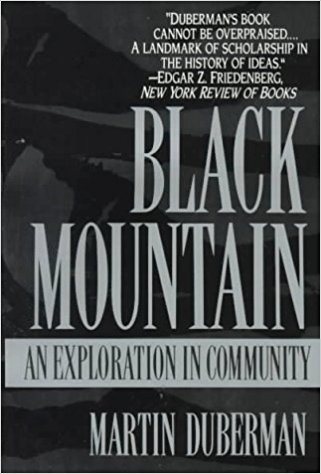 Black Mountain is a history of one of the most fascinating learning institutions, pedagogical experiments, and creative communities of all time: Black Mountain College.

BMC existed for fewer than 25 years, from the mid 1930s to mid 1950s, but its influence resonates. It was an artistic and literary seedbed that helped incubate many of the most influential artists of the twentieth century. It was also an “experiment in community”.

And the book is explicitly, as subtitled, an “exploration of community” written by the author to explore his “interest in issues relating to non-authoritarian education, group process, anarchism, and the possibilities of community.” Now, republished 20 years later, its themes are still urgent.

It’s a “definitive and daringly original history…deliberately intimate portrayal…melding of subjectivity and objectivity” — not only a fascinating subject but a unique historical approach, characterized by the author’s deeply personal relationship to his subject, and his stated priority of embracing honesty via making transparent the process of the historian, his assumptions and experiences, rather than subsuming the personal to the factual.

BMC’s complicated history was apparently quite challenging to capture, and it seems like the author really invested the effort to do it justice. I look forward to learning more about this legendary example of the possibilities for learning and community.