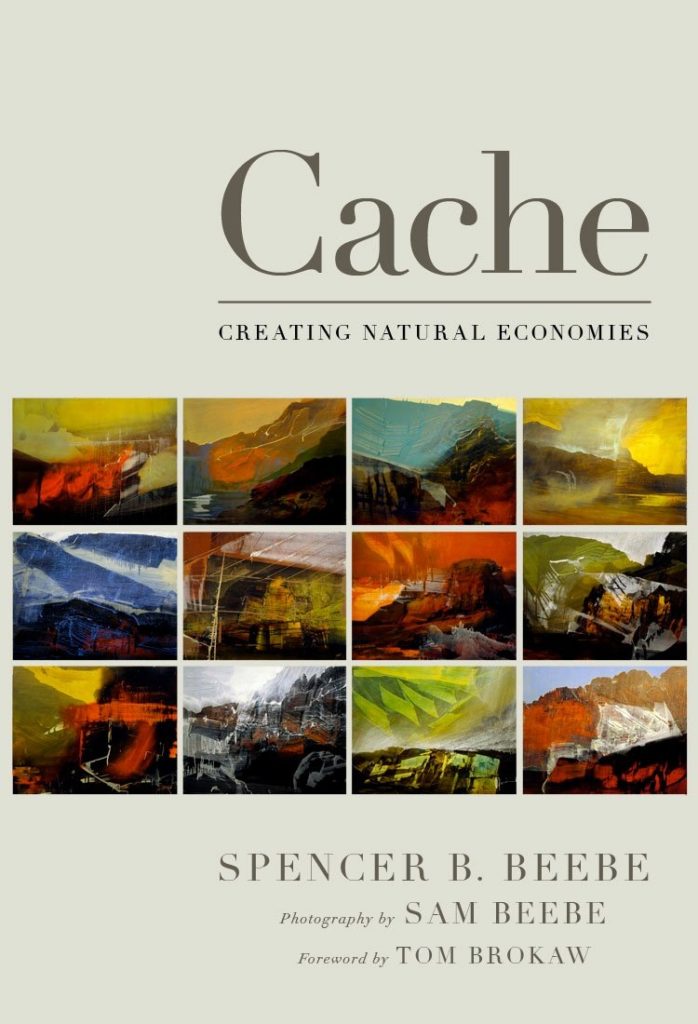 This book both tells its author’s personal journey as a conservationist, and “traces the parallel evolution of the environmental movement and provides fresh thinking about the road ahead.” It seems more of an autobiography than I thought on first look, focusing primarily on Beebe’s life and experiences. Not that that’s a negative; he sounds like a fascinating guy, having “been at the forefront of efforts to create more resilient communities, economies, and environments for four decades.”

Beebe studied economics (undergraduate) and forest ecology (graduate) but says that only after “a long process of false starts, numerous missteps, and occasional successes” did he arrive at these ideas about “natural economies.” This is just my first impression — but I like that he seems pretty honest, direct, and humble in sharing his story and the background of how his work evolved.

The title of the book is particularly neat — he speaks to it in the intro, describing how it refers to several things: hidden value, collection, recent memory…many nested layers of meaning. In this introduction, Beebe also talks about two of his major influences: paintings by a well-known Northwest artist, James Lavadour (his process — rhythmic, incremental, evolutionary — mirrors the book’s themes in cool ways) and the renowned urbanist Jane Jacobs, from whom Beebe was introduced to how we might glean ideas about economics from nature. I wasn’t even aware that Jacobs’ work touched on this, but I like her work so I find that a cool connection!

It’s a book for businesspeople, conservationists, and nature-lovers alike; as one reviewer said: “a must read for anyone interested in a refreshing and innovative way of thinking about ways to integrate human well-being and environmental protection.”