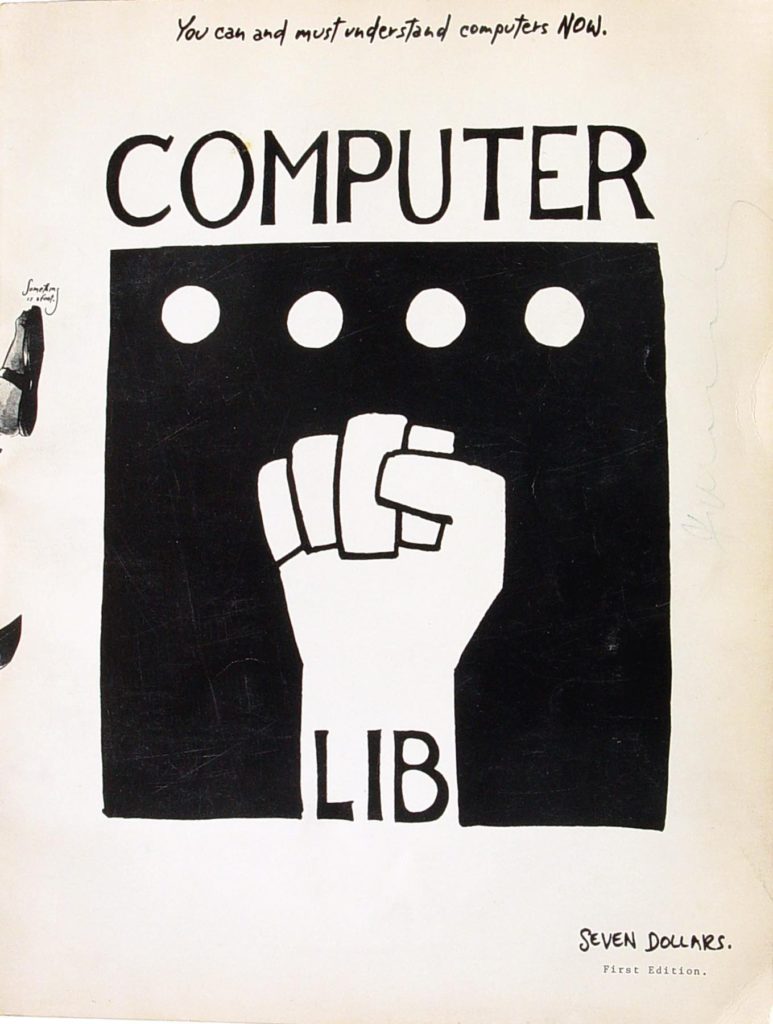 I know it’s very influential and revered by a lot of people but I haven’t actually ever seen it in person to flip through the pages let alone read it.

Recently republished, though it seems to now be sold out again. From the book description:

Computer Lib/Dream Machines is one of the most important books on technology. It was written in 1974 by Ted Nelson, who is known for coining the terms hypertext and hypermedia in the 1960s, and had the foresight to write loudly on the cover – “You Can and Must Understand Computers NOW.”

Computer Lib/Dream Machines is actually two books attached together back-to-back. Computer Lib explains the inner workings of the computer to the layman. And Dream Machines discusses the potential of computers and basically predicts the future of artificial intelligence, animation, hypertext, virtual reality and a whole lot more.

This book has inspired many of today’s greatest technologists and entrepreneurs, and in some cases is the original reason they got into computers. And with this re-publishing, the hope is that this book will continue to inspire the next generations, who can now experience this book as a historical artifact – of a time when computers did not really exist and how one man’s creativity could come up with so many possibilities of what could be. This is despite many of his contemporaries thinking of how pointless or just insane it all was. Yesterday’s fiction was Ted’s reality and is now today’s reality.