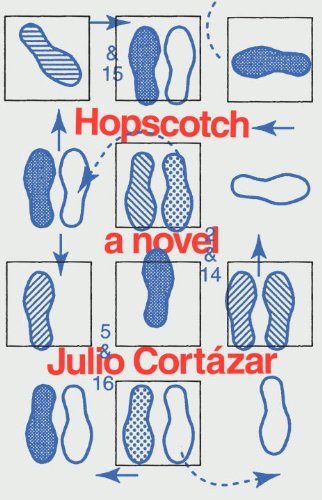 Along with Borges and García Márquez, Cortázar is not only one of the greatest Latin American writers of all time but one of the all-time geniuses of prose, period. He’s know for writing a lot of fantastic and surreal short stories, but this novel is perhaps his masterwork, his most famous and unique gift to literature.

It is, amazingly, fascinatingly, perhaps the first “hypertext” novel — it’s intended to be read either in a linear or non-linear fashion, and seems entirely mind-boggling! Rather than a Table of Contents, Cortazar gives the reader a “Table of Instructions” indicating the two different ways of reading the book. It sounds like a challenging read, but also enormous fun, filled with “an abundance of metaphors, of connections, bridges, symbols, and artistic allusions.”

The plot: adventures of an Argentinian writer who returns to Buenos Aires from Paris…but let’s be honest, the specifics are largely irrelevant — this is one to read for the wit, writerly acrobatics, freewheeling fun, literary intricacy, etc. One reviewer says the plot isn’t super compelling in the traditional sense; instead it’s “more of a character study, or rather an elaboration of a philosophical position through the depiction of certain people in a particular place and time”. It also apparently contains some wonderful and elaborate set pieces, absurd and fantastical and hilarious vignettes and fragments. This is certainly an interesting premise for a novel!

Ultimately, though, this book is more than a novel; as one reviewer eloquently describes: “It is a brilliantly written collage of radical ideas; a linguistic adventure for the participative reader; an experiment that hurls the mind into a whirlwind of art, literature, music and philosophy; a reflection for the loner.”

Further note: this translation, by Gregory Rabassa, is supposed to be superb. (Something I’m a bit more attuned to after reading Hofstadter’s Le Ton Beau de Marot!)

Further further note: Cortazar’s memoir-cum-travelogue, The Autonauts of the Cosmoroute, is totally different but also excellent.