I Am A Cat 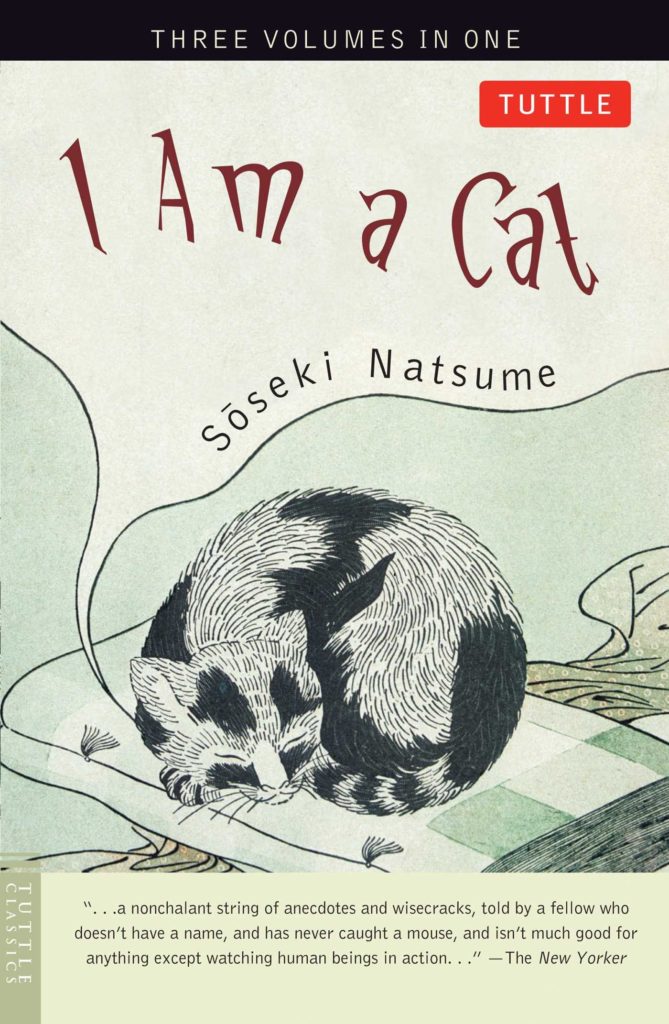 This one’s been on our shelves for a while; for years all I’ve known about it is that it’s some sort of classic, about the life of a cat, and seems funny in a kind of droll way.

Reader, I have since learned more!

The book’s three volumes chronicle a cat’s observations of human nature, with “unique perspective” and “biting commentary” that makes it “one of the most original and unforgettable works in Japanese literature.”

Originally published in the early twentieth century, the book’s seed was a short story — Natsume’s first — that became incredibly popular and was then expanded across ten installments and turned into an epic novel. He is now widely regarded as one of Japan’s greatest novelists.

The book begins with a stray kitten riffing on human foolishness. It continues with a “nonchalant string of anecdotes and wisecracks”; the chapters apparently serve as isolated short stories, the book as a whole ultimately more about its various particular observations and fictional perspective than an overarching plot. It’s both satire of man and an “associated case for the superiority of cats”, at least early on — the narrative voice becomes more humanlike as the book unfolds.

This concept seems both hilarious, and a great lens for (perhaps deceptively) serious insight through a parodic, absurdist lens. I have to wonder if Natsume was familiar with Cervantes’ The Dialogue of the Dogs, which had a similar conceit. In any case, “talking animals deservedly drag humans” is a perennially wonderful premise!