Letters to a Young Scientist 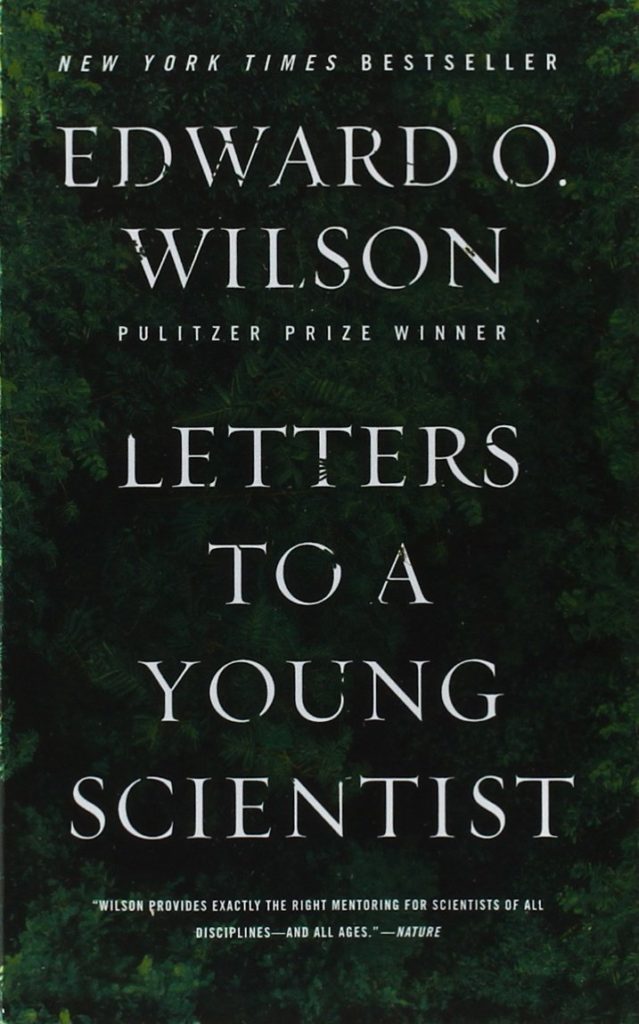 E. O. Wilson is a prolific scientist/naturalist—”a foremost authority on ants and biodiversity”—and seems like a great guy to boot. I haven’t read much of his work, but have seen how he’s a big part of contributing to conversations in forums like Edge.org and the Long Now foundation, and generally being an ambassador for science, steward for the future, and all-around inspiring figure.

I suppose I should start with reading the scientific work he’s actually famous for…but this one looks particularly enjoyable, as it’s a collection of wisdom he’s collected to pass along to the next generation of potential scientists. In it, he’s “distilled sixty years of teaching into a book for students, young and old”—21 illustrated chapters full of “autobiographical anecdotes that illuminate his career…and his motivations for becoming a biologist.”

It seems to be filled with advice about things like:

I really want to learn more about biology, so I’m thinking this book might be a good, short, fun point of entry into some of the right modes of thinking and learning. I’ve read the first couple chapters of his book Consilience: The Unity of Knowledge, and love the passion and enthusiasm that comes through in his work, as well as his multidisciplinary views. This book, described as “an enlivening and affecting mixture of memoir, philosophy, and instruction that brings into focus the highest missions of science”, seems like a great way to be better introduced to Wilson’s ideas.