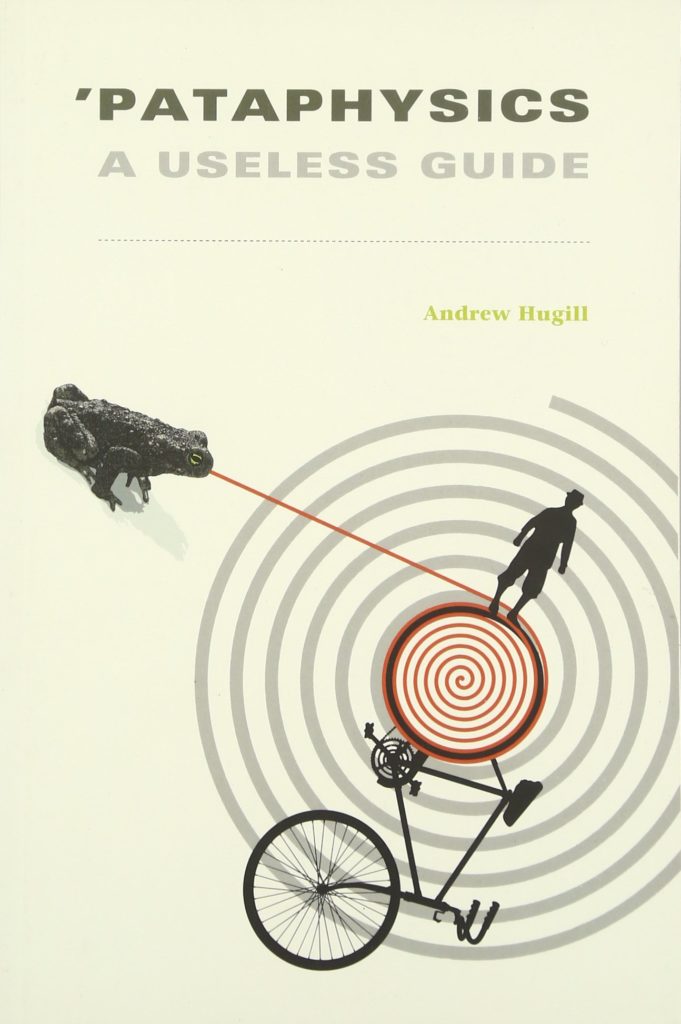 A book about a strange French “cultural export”, ‘pataphysics — “the science of imaginary solutions and the laws governing exceptions.”

An interesting preamble confronts the challenges and weirdness of writing this book, and offers a kind of intro to the “what the hell is pataphysics” question. It attempts “to trace the lineaments of pataphysics” — a field — or inside joke, or experiment in theoretical absurdity — “purposefully useless” and notorious for its opacity.

Whatever it is, ‘pataphysics has been undeniably influential; it “lies around the roots of absurdism, Dada, futurism, surrealism, situationism…” This book maps the influence it has had on literature, theater, music, visual arts, and more, in reverse chronological order, from the digital age (present) back to its origins earlier in the 20th century.

A “General Introduction” offers further definitional attempts, as well as various themes (humor, time, exception, anomaly) and vocabulary (“syzygy”, “clinamen”) related to the amorphous nucleus of the idea. Other chapters in this reverse history include shorter sections broken down by history, theme, persons of influence, and related works — the tendrils of pataphysics reaching into culture and beyond.

This whole thing seems like a strangely compelling and funny game invented by a feisty group of smart creative weirdos as a sort of joke that turned out to have unexpectedly serious implications. Which, hey, there are worse things to accidentally shepherd into the world!