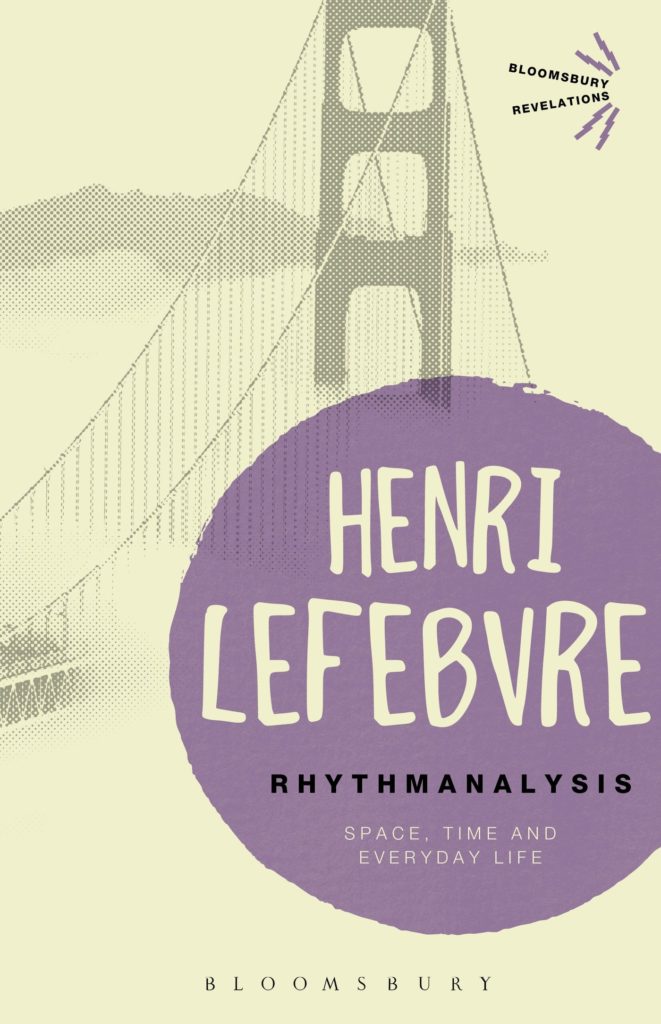 This looks like it hits almost all of my “interesting book” hot spots in one go: it’s about time, it’s about space, and it’s about people! Specifically, it looks at rhythms (from biological to social) that underlie our daily life, discussing everything from music to urban space to economics and social interactions.

It seems like a refreshingly multidisciplinary study — a great combination of the poetic and scientific, placing the rhythms of humans into multiple interesting contexts.

Peeking into the book’s preview pages: Lefebvre talks about not just rhythmanalysis but the rhythmanalyst — the idea of the role, of a person analyzing rhythms in the context of a profession, a hobby, a subject of inquiry, is perhaps even more evocative than the subject itself. From the chapter titles I see he touches on such fun topics as: Media, Manipulations of Time, Music and Rhythms. So, basically this book sounds amazing.

(And…I’ll probably be repeating such effusive generalities often because — side note! — this project mostly only includes books I actually think look great/awesome/worth reading, as opposed to just being “interesting” along one vector but likely bad/boring.)

This is the last book Lefebvre wrote; he also wrote (and I believe is best known for) The Critique of Everyday Life, which if memory serves is a mammoth multi-volume affair. This seems more focused/specific, yet still: “rhythm” is a hugely expansive and awesome subject to attempt to convert into a scholarly field! (Actually, I’m now reading in the introduction: he considered this book a de facto fourth volume to C. of E. L. — so I suppose I’d better get the rest of that work closer in on my radar!)

Oddly enough, no reviews…which, besides being one rough proxy for popularity, tells us practically nothing about the book’s content or merits.