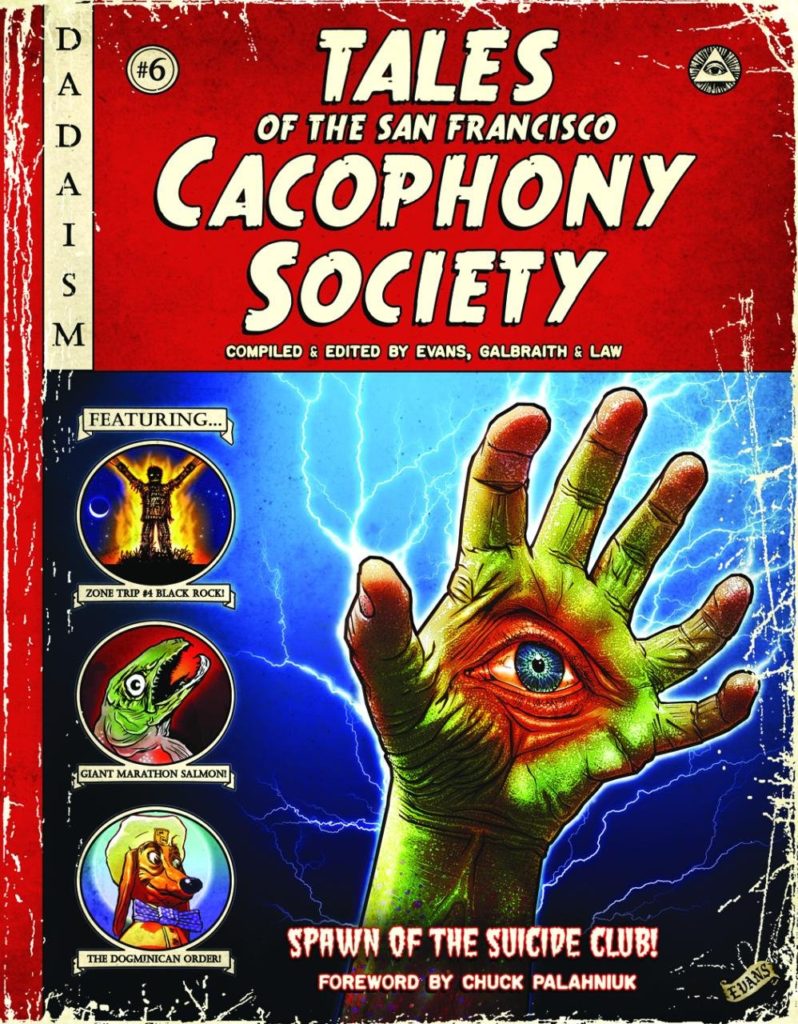 A year or two back, I went to a panel at Housing Works in NYC, for this book’s release, where some of the original members of the SF Cacophony Society regaled a packed house with their subversive, theatrical, playful, adventurous, captivating exploits.

I think they actually sold out of the copies offered that night, and I waited too long and didn’t get one. That, or I was feeling cheap. But if the book matches the stories told that night—and it sounds like it does quite well—it’s a fount of inspiration and entertainment.

If, like me, you hadn’t previously heard of the Cacophony Society: they were an underground organization that was one of the main original forces behind things like flash mobs and urban exploration. Their heyday was a couple decades ago, but their influence continues to touch a lot of current activity in underground events and performance. They even kicked off Burning Man, which of course, though a different animal today, is still going strong!

Their activities ranged from simple communal events to profound and complex performative rituals and transformative experiences. They were an amazing organization with interesting leadership (more accurately: lack thereof), planning and communication methods, and creative modes of performance and expression.

This book is full of “original art, never before published photographs, original documents [and] incredulous news accounts”—and I’m sure it contains plenty of amazing stories and historical background as well. It’s sure to be a fascinating hodgepodge of events, recollections, and inspiration.

One reviewer says “while it appears to be a great cookbook for mayhem, one should rather think of it as a primer, with the goal of creating one’s own events, ideas, and groups.” That might be the reason I’m most excited to get my hands on this one—I’m quite interested in exploring different ways of building communities and creating interesting events, and I’m certain this will get some more gears spinning!