The Conference of the Birds 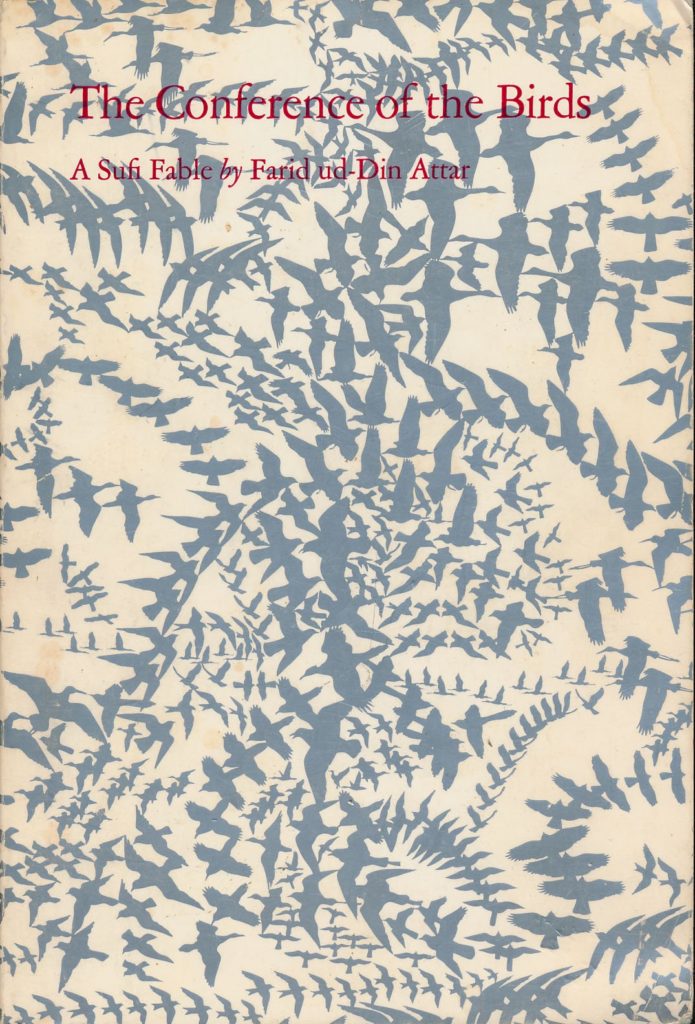 The Conference of the Birds — A Sufi Fable by Farid ud-Din Attar — is “A Philosophical Religious Poem in Prose”.

The text, originally titled “Mantiq Uttair”, dates from around the 12th century AD. Among several interesting linguistic notes included in the glossary at the end: the avian convocation here rendered as “conference” is also variously called “speech”, “language”, “discourse”, or “parliament” of the birds.

This English edition is translated from a French translation of the original (which translation is billed as “the literal and complete”…but…let’s leave aside the question of whether that’s even possible). Of the many translations and renderings that have been attempted in English, this one is the most complete.

It features a lovely, simple cover — hundreds of silver birds silhouetted on white — and lovely, simple typesetting, with simple illustrations of birds interspersed. The book’s chapters are charmingly named after birds: “The Nightingale”, “The Peacock”, “The Duck”, and others.

It’s aphoristic, seemingly writing around some larger themes for which I lack context. I may not appreciate the text’s full nuances, but it clearly telegraphs as clever, intriguing, and incredibly creative.