The House of the Spirits: A Novel 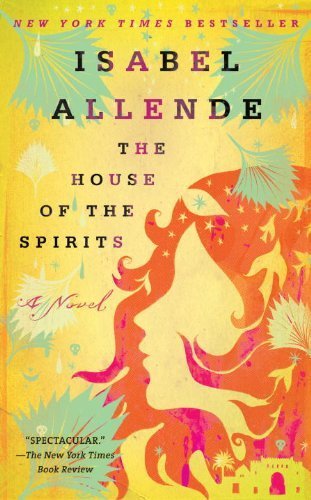 The House of the Spirits is an intergenerational saga that “spans decades and lives, twining the personal and the political into an epic novel of love, magic, and fate.”

Critics call the book “mesmerizing” — “sharply observed” — “spectacular” — demonstrating “enormous imagination, sensitivity, and compassion”. Apparently the book is “one of the most important and beloved Latin American works of the twentieth century…”

And, wow, this is Allende’s first novel — what a breakout onto the literary scene! (Another interesting fact I did not know: she’s the niece of assassinated Chilean president Salvador Allende.)

It displays notes of magical realism, echoes of One Hundred Years of Solitude in its “supple integration of the supernatural with the real”. The prose is lyrical; just from skimming the first few pages, it does remind me of García Márquez in some subtle way, perhaps tone, imagery. And it seems this English edition is also the result of an examplary job by translator Magda Bogin.

Funny, political, accessible, engrossing, magical, allegorical…The House of the Spirits “mixes fiction, journalism, and a sense of magic…” There doesn’t seem to be anything particularly unusual about the book’s form or contents— just an unusually great novel!