The Life and Adventures of Trobadora Beatrice as Chronicled by Her Minstrel Laura: A Novel in Thirteen Books and Seven Intermezzos 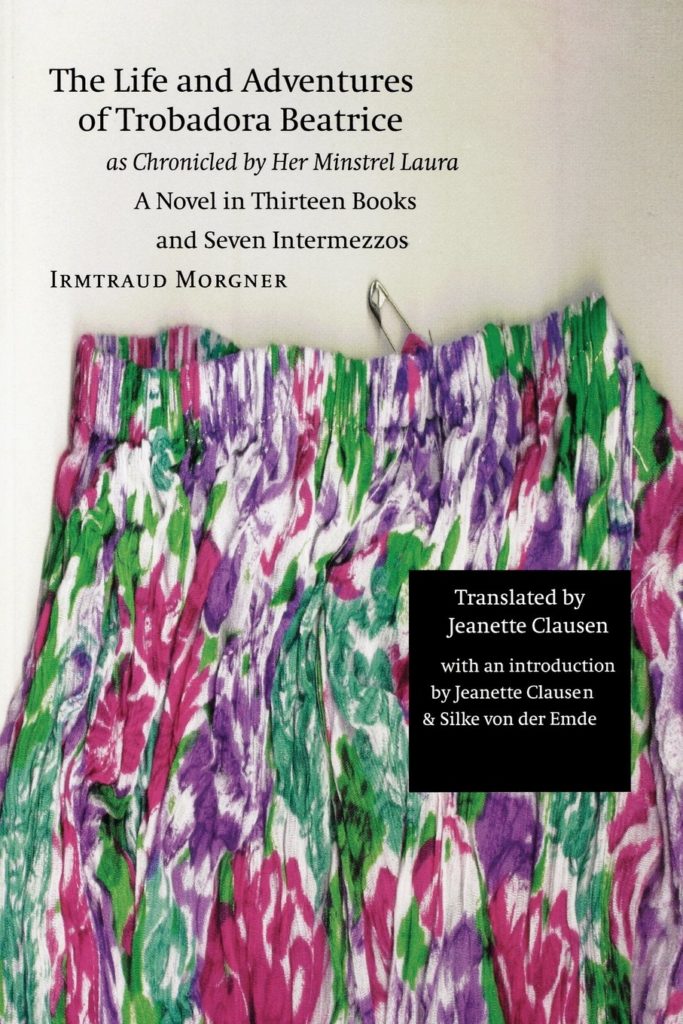 Here’s a very brief synopsis of this book, certainly one of the more obscure I’ve come across lately:

“Set in the German Democratic Republic of the early 1970s, The Life and Adventures of Trobadora Beatrice—a landmark novel now translated into English for the first time—is a highly entertaining adventure story as well as a feminist critique of GDR socialism, science, history, and aesthetic theory.”

It seems wildly inventive and inspiring, but there really aren’t many reviews of the book to be found, and I can’t readily tell what it’s like to actually read it. Not necessarily a bad thing, just worth stating: despite the Antilibrarian’s best efforts, some books reveal themselves to quick perusal more readily than others. But how awesome does this sound?! —

“Creating a montage of genres and text types, including documentary material, poems, fairy tales, interviews, letters, newspaper reports, theoretical texts, excerpts from earlier books of her own, pieces by other writers, and parodies of typical GDR genres, Irmtraud Morgner attempts to write women into history and retell our great myths from a feminist perspective.”

It seems the sort of read not be undertaken lightly — “fiendishly abandoning all rules of space and time for a meandering and digressive intellectual epic.” The book is also oddly expensive / published by an academic press / clearly not really a ”normal“ sort of novel for any number of reasons. But then again maybe that’s to be expected just from the title alone. I don’t know what the “Thirteen Books and Seven Intermezzos” refers to exactly, but it has piqued my interest to say the least!

It sounds like it may not fully hold together (according to the same review: “gradually the content becomes too incoherent, random and utterly specific to its time and setting, becoming simply tedious to read…”) but it sounds like an awesomely ambitious work, and an impressive translation to boot.