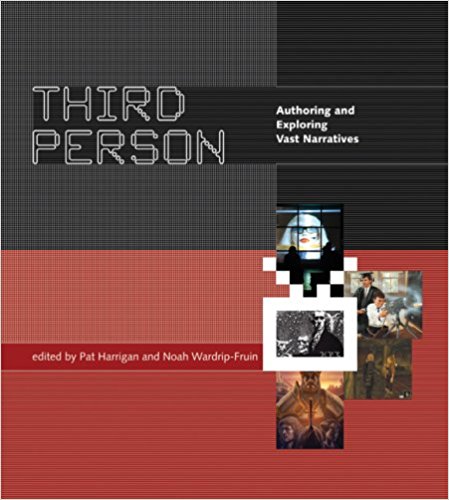 It’s third in a series from MIT Press — see also: First Person; Second Person — but this one looks the most interesting!

“Exploring” delves into things like: multiplicity in superhero comics, Lost and Long-Term Television Narrative, Long Narrative in World of Warcraft and Buffy, The Wire, serial storytelling, and procedural logic.

As here defined, the premise of “vast narratives” includes ideas like “narrative extent”, “world and character continuity”, “cross-media universes”, “procedural potential”, and “multiplayer interaction”. I love the idea not only of critically engaging storytelling strategies, but of using the lens of vastness — extremes of size, scale, length, duration, immersiveness — as a tool for narrative creativity.